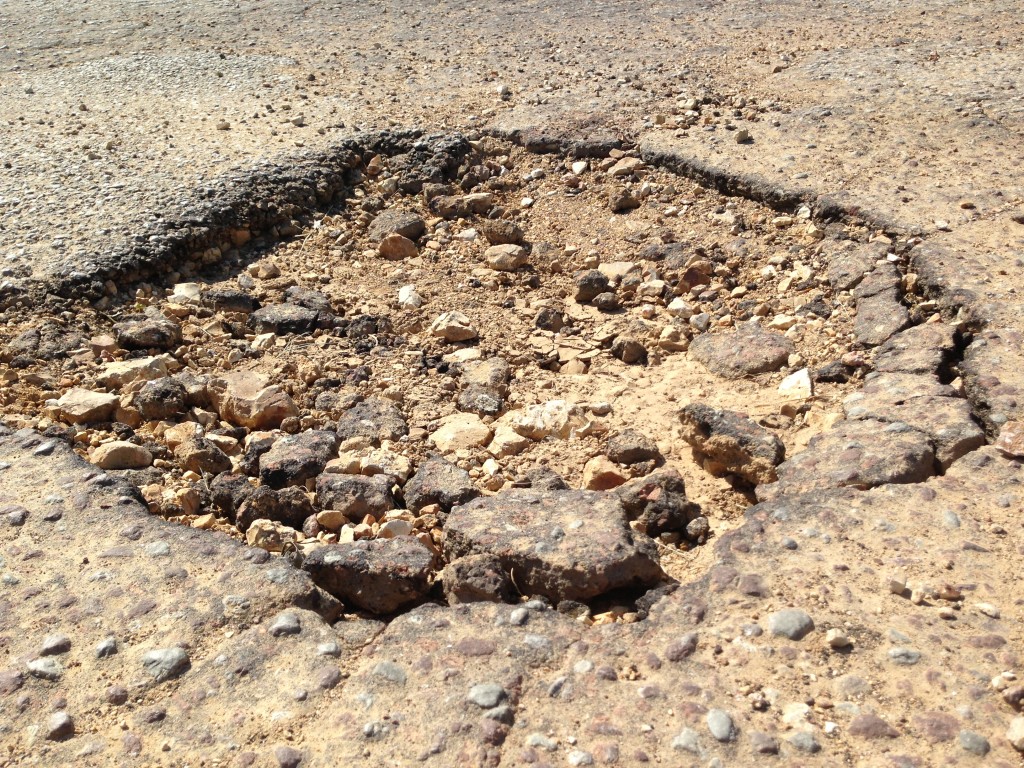 JACKSON, Tenn.– Business owners on Federal Drive in North Jackson want the city to fix their road, but the city says the road is a private drive. Workers and customers try to avoid the potholes on Federal Drive. Amy Johns, a dental assistant at affordable Dental and Denture, is one of those people. “I have to swerve and maneuver and sometimes drive on the opposite side of the road,” Johns said. “The more it rains, the worse it gets.” Business owners contacted the city several times asking for assistance. Stan Pilant, the Director of Planning in Jackson, says he the city cannot do much. “It’s a situation that we empathize with them, but really one we cannot get in the middle of because of the nature of the street and how it was developed,” Pilant said . Pilant said the city cannot help because the original builder developed the street as a private drive. Pilant also said the property owners can apply to have the street made public, but first they will have to make those repairs and bring it up to the city‘s standard. Pilant and his department tried to get the business owners to come up with a solution together. “We cannot seem to get them all on the same page and so it just keeps deteriorating and keeps getting worse,” he said. Some workers want the city to pay for the repairs. “In an ideal world the whole road probably needs to be repaved,” said Johns. Pilant said his department agreed to try and help the property owners get repairs for the same price it would cost the city. Some of the business owners said they did not know the property was on a private road until after they bought it.