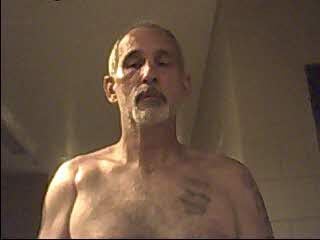 JACKSON, Tenn.- A Hardin County Circuit Court jury found William Thomas Umfleet, 55, guilty of first degree murder in the killing of Thomas “Doodle” Dickson, Wednesday. Dickson, 57 was found beaten to death in his mobile home August 5, 2012. Investigator T.J Barker with Savannah Police told WBBJ 7 Eyewitness News the brutal murder case took hundreds of man hours to solve. “We collected a lot of evidence and a lot of it was processed during this time so I think that’s what made our case,” said Barker. The trial began Monday as officials said the prosecution presented more than 230 pieces of evidence including a shirt that showed a mixture of Umfleet‘s and Dickson‘s blood, proven to be worn by Umfleet on the day of the murder. “The shirt was collected, it had the victims DNA and also the suspects DNA on it.” said Barker. Defense attorney’s argued that although Umfleet was at Dickson‘s home that day, when he left Dickson was “alive and well.” Some witnesses testified to seeing Umfleet near the crime scene, prosecutors said a pair of boots linked to footprints found around the body also linked Umfleet to the crime. Jurors deliberated for three hours before convicting Umfleet of first degree murder. Prosecutors said the victim suffered multiple blows to the skull, possible strangulation and stab wounds to the throat. “It was a very brutal violent crime scene a crime of a lot of hatred and anger. He had seven stab wounds to the neck, multiple blunt force injuries to the face and the head including an almost 4 x 4 gaping wound in the back of the head with a sledge hammer that was embedded there,” said Beth Hall, Assistant District Attorney General. The state questioned 30 witnesses to build their case against Umfleet proving he was at the scene of the crime as the perpetrator who killed Dickson. Circuit Court Judge Creed McGinley immediately sentenced Umfleet to life in prison. “Nothing can bring back their family member but there’s justice in this case, the system worked,” said Hall. Some of Dickson’s family members told WBBJ 7 Eyewitness News that they felt justice has been served thanks to the hard work of the officers and prosecutors who worked the case.