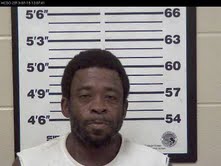 MADISON COUNTY, Tenn. — After a 2.5 hour manhunt, the man dubbed as the “Naked Burglar” is in police custody. Authorities said just before 4:30 p.m., Dustan Smith, the Lexington burglary suspect, was arrested near Flex Drive. Police were called to the scene after a possible sighting of Smith, was reported Wednesday afternoon. A deputy saw a man matching his description walking on Paul Coffman Drive. That person then ran into the woods. The Madison County Sheriff’s Department was assisted in the search with a helicopter and by officers with the Jackson Police Department. The manhunt also prompted Rose Hill Middle School to be placed on lockdown as a precaution. According to the Madison County Sheriff’s Department, Smith is being charged with two counts of burglary and two counts of sexual battery.