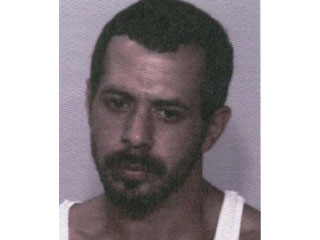 JACKSON, Tenn.– Jackson Police have arrested and charged a UPS employee in connection with theft of property more than $10,000. Mark Ashley McClanahan, 31, was arrested on Tuesday. Investigators received information from UPS that they suspected an employee had been stealing packages while he worked to load trucks at the UPS facility in Jackson. The employee, who was identified as McClanahan, had been targeting packages that were directed to Black and Decker. The packages contained power tools that were being returned by consumers. Investigators of the Metro Narcotics Unit stopped McClanahan on Tuesday as he left the business and found more than $1,000 worth of stolen tools in his car. Officers also learned that McClanahan may have been stockpiling other items that he has stolen at a residence on McAbee Rd. Investigators searched the residence and located over $10,000 worth of stolen power tools. Investigators are continuing the investigation to determine the total amount of property taken and where the property was being disposed of. McClanahan will be arraigned in Jackson City Court, via video link, on Thursday at 8 a.m..