Teacher Arrested, Charged with Trying to Have Sex With a Teen 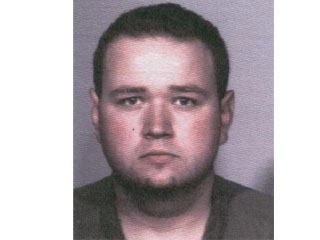 JACKSON, Tenn. – A Jackson-Madison County School teacher is off the job after allegedly planning to have sex with a teen. School day activities at Northeast Middle School, the workplace of accused teacher Franklin Mitchell, appeared normal Thursday. But inside the school, one teacher was missing and for very serious reasons. “Our department became aware that Franklin Mitchell was online having a conversation with an underage teen,” Captain Tyreece Miller said. “During that conversation they decided to have sex.” Investigators said Mitchell, 28,. who teachers science at the middle school also allegedly sent a naked photo of a man to the high school boy. Parents said they are outraged. “An honest Christian, trustworthy, teacher…Where are they? Where are they?”, parent Nicole Parrish said. Mitchell was charged with sexual exploitation of a minor and solicitation of a minor. He has been suspended from teaching without pay. The Jackson-Madison County School System said he started teaching in 2010 and has never been in trouble. JMCSS said he also passed all background checks before being hired. Captain Tyreece Miller said he thinks their may be a reason for that. “The only way someone is gonna have something on their background is if they’re arrested for it. A lot of times crimes like these go undetected,” he said. Mitchell was arrested at the McDonald’s on North Highland Avenue, where he allegedly planned to meet the teenage boy for sex, he instead met law enforcement. Parents said they are thankful the plot was stopped, but said they are still fearful. “What if he wasn’t stopped? Who’s to say how many more there are. How many more has he seduced, that are afraid to come forward. Suspended? Those are grounds for immediate termination,” Parrish said. Franklin Mitchell was in court Thursday morning. He will be back in court September 26.