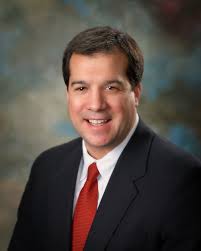 MILAN, Tenn. — Chris Crider announced Tuesday that he would not be seeking a third term as the Milan mayor. Crider, the youngest ever Milan mayor says that he is grateful to have had this opportunity to serve his hometown for two terms. “I’ve loved being the Mayor and CEO of my hometown,” Crider said. ” What an honor it is that people put me in the position of leading our city.” Previously he served three terms in the Tennessee House of Representatives for both Carroll and Gibson Counties in the 79th District. While serving as State Representative, Crider won the NWTDD Legislator of the Year Award in 2004, as well as the University of Tennessee Agricultural Museum President‘s Award that same year. “The most important thing I did was to surround myself with great people and great talent, Crider said. ” Even though the entirety of my time as mayor was during tough times for cities, we still made improvements in all areas. Thanks for your hard work and pride in Milan.” “I’m nearly 40 years old, and the first chapter of my working life has largely been in elected office,” Crider said. “I’m excited to start the next chapter, whatever it may be, and see what other things life has in store for me.” Mayor Crider began his first term as Mayor of Milan in 2008.