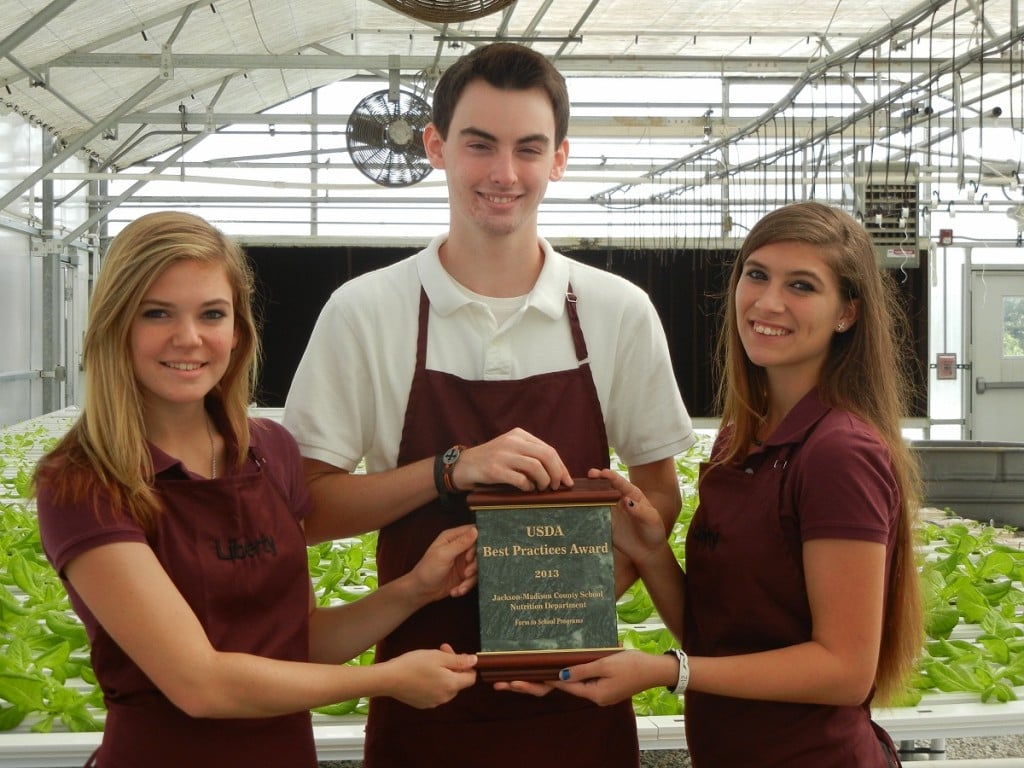 JACKSON, Tenn. – For the fourth consecutive year, the School Nutrition Department of the Jackson-Madison County School System has received a “USDA Best Practice Award” for its “Farm to Tray” program. This national award recognizes outstanding, successful practices relating to the implementation of the National School Breakfast and Lunch Program. In 2010 and 2011, the JMCSS School Nutrition Department received the award for increasing breakfast participation and, again in 2012, for the department‘s original Healthy CafÃ© Concept. The “Farm to Tray” program is made possible by a partnership between the School Nutrition Department, under the supervision of Susan Johnson, and the Liberty Tech Student Green House, under the instruction of CTE teacher Teresa Crouse. The JMCSS Nutrition Department purchases student grown Rex Bibb lettuce, tomatoes and cucumbers from the Liberty Tech Green House and serves them weekly in five district cafeterias as part of the school lunch. Students love eating the produce grown by other fellow students and consumption increases on those days. The Liberty Tech Green House students also participate in the JMCSS elementary schools that have received a USDA Fresh Fruit and Vegetable Snack Program (FFVP) Award. They take fresh produce that they have grown to a FFVP elementary school and teach a nutrition lesson related to the vegetables that they have provided for a class. These Liberty Tech student leaders, along with Crouse and Johnson have made numerous community and statewide “Farm to Tray” presentations. Since its inception, 12 school systems have visited the Liberty Green House and the JMCSS Nutrition Department.