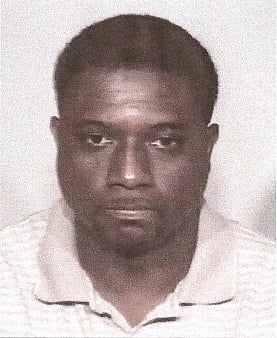 JACKSON, Tenn. – A man was arrested on one count of identity theft on Monday for falsifying fingerprints and information in order to pass a criminal history background check. According to investigators, Willie Ozier, 44, was hired by the Humboldt City School System in 2011 after he had another individual fingerprinted on a fingerprint background check card and supplied information on the card belonging to his father whose name is also Willie Ozier. On June 21, 2011, the fingerprint card was submitted by the school system to TBI to run a criminal history check. The check showed that Ozier had no criminal history and Ozier was hired for a teaching position. The falsified fingerprints came to light after Ozier was arrested in May of 2013 by the Jackson Police Department for criminal trespass and window peeping and his prior criminal history was exposed while he held the teaching position. Ozier has a criminal history in Jackson that included a 1999 arrest and conviction of simple assault and a 2003 arrest for sexual battery which resulted in a misdemeanor assault conviction. Ozier was arrested and booked into the Madison County Jail and transported to the Gibson County Correctional Complex on $15,000 bond.