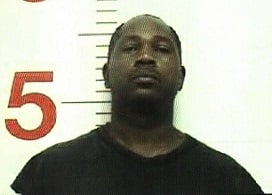 JACKSON – The Tennessee Bureau of Investigation today charged a Haywood County man with murdering another man near Brownsville over the weekend. Floyd Hall III, 53, of Brownsville, Tenn. was charged this morning with one count of first degree murder for the stabbing death of 50-year-old Noisy Gene Coble of Bells, Tenn. A passerby discovered Coble‘s body slumped over the steering wheel of his 2000 Ford Expedition on a field access road off of Key Corner Road at approximately 8:30 a.m. on November 2, 2013. The Haywood County Sheriff‘s Office responded and discovered Coble dead from multiple stab wounds. Investigators determined that Hall stabbed Coble to death inside the vehicle. TBI and the Haywood County Sheriff‘s Office are continuing to collect evidence in the case and trying to determine the relationship between the Hall and the victim. Hall was booked into the Haywood County Jail without bond. He is scheduled to appear in court on November 19, 2013.