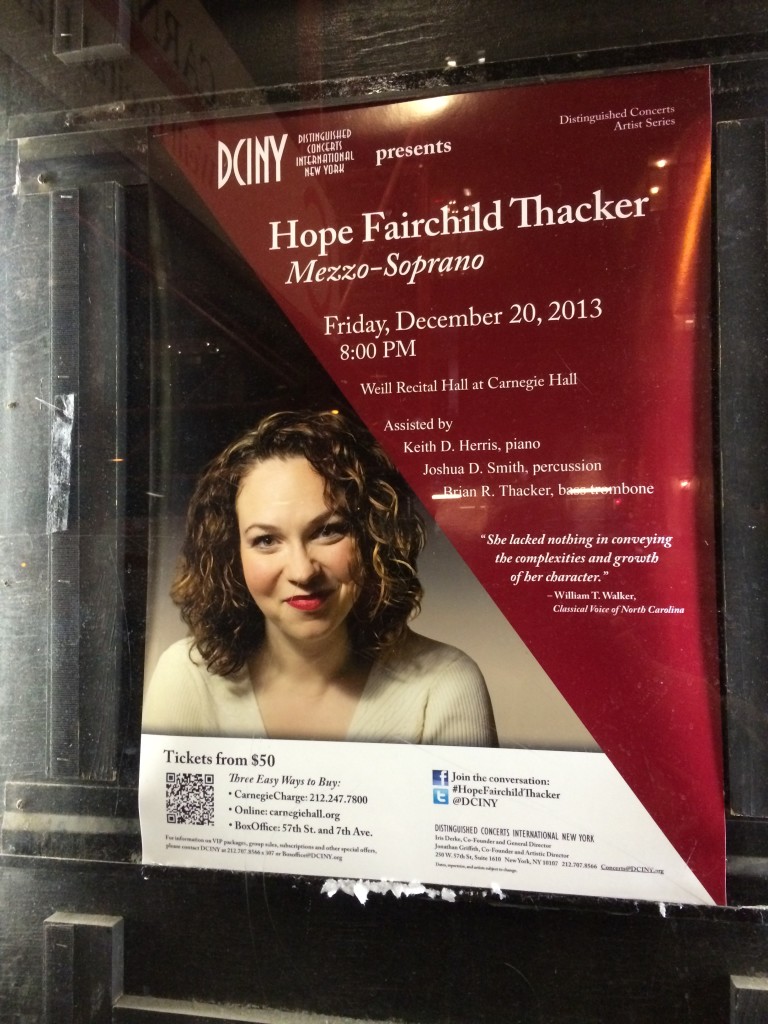 NEW YORK CITY — A few local professors made their way to Carnegie Hall, Friday. Josh Smith and Keith Herris will be performing at Carnegie Hall Friday at 7 p.m.. They will accompany Hope Thacker, and her husband Brian, which are two former professors. The Thackers were at Bethel last year before moving to a university in Corpus Cristi, Texas. The group will also be performing original works by Union University professor Dan Musselman, and they will also be performing this exact performance in Carroll County in February.