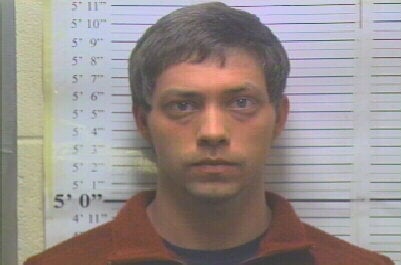 WEAKLEY COUNTY, Tenn.- Weakley County deputies have charged a Gleason High School teacher accused of giving alcohol and marijuana to his underage students. Officers say Ryan M. Burke, 30, hosted rowdy house parties for his students starting sometime in September through December 24th, 2013. District leaders suspended Burke without pay on Friday, pending the criminal investigation. Investigators said it was alert parents who found text messages on their children’s phones and contacted the Weakley County Director of Schools, Thursday. Many parents and grandparents told WBBJ 7 Eyewitness News they are disappointed in the teacher’s behavior. “School used to be a safe haven but now it’s almost like you’re wanting to walk up and down the halls and go to classes with them to protect them,” said grandparent Jan Hensley. Burke was charged with two counts of contributing to the delinquency of a child and two counts of providing alcohol to minors, Tuesday. District leaders said at least one of the students involved was just 17 years old. School officials said they contacted the Department of Children Services to investigate as well. Burke taught agriculture to high school students at Gleason High School. Students said the teacher was a trusted leader who was very popular among all of his students. “He was very friendly, he would talk to everyone and a lot of people really cared about him. It’s kind of disappointing that he would do something like that,” said Carmel Summerville, a Gleason High School student. Deputies said none of the alleged incidents took place on school campus but instead at Burke’s home. Investigators said Burke provided alcohol and marijuana to at least four male Gleason students there. “I wouldn’t have expected that honestly because he didn’t seem like that kinda person,” said Summerville. “We’re talking about young people drunk, maybe getting in cars and driving with more than one person in the car,” said Hensley. “We’re talking about life or death situations. It’s not just kids stuff when you start passing out alcohol and marijuana to teenagers.” Burke is now free on a $1,000 bond. School officials said he remains suspended without pay pending the criminal investigation. District leaders said he taught at Gleason High School for several years without any formal complaints.