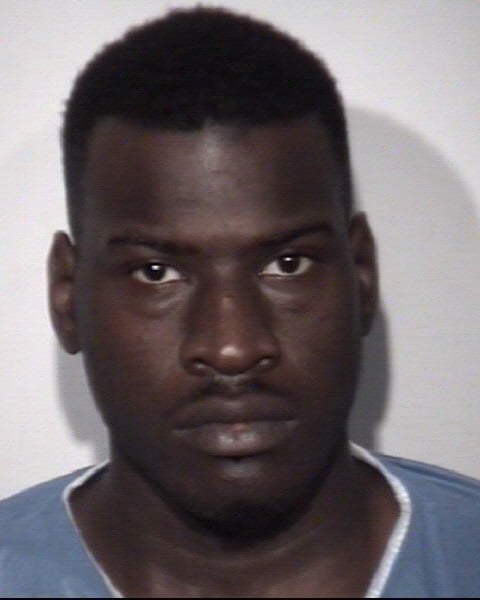 JACKSON, Tenn.- It only took Jackson police one day to make an arrest in a double homicide that happened in north Jackson on Wednesday. Arkansas State standout Markel Owens and Johnny Shivers were shot and killed Wednesday night, according to police. Jackson police said one of at least two gunmen responsible is now in police custody. Police said Derrick Wade, 22, from Jackson, has a violent criminal history and they are glad to see him off the streets. Captain Tyreece Miller of the Jackson Police Department said Derrick Wade was shot while fighting with one of the men, which made him a little easier to track. “We developed information that one of the intruders had been injured, so we put out an alert to all the local hospitals we thought maybe he would show up,” Captain Miller said. Wednesday night, he did, 85 miles away at The Med in Memphis. Memphis and Jackson police then worked together to find Wade at a relative’s home in Memphis. In custody, he is now charged with felony murder in the deaths of Markel Owens and Johnny Shivers. He faces additional counts including aggravated assault in the shooting of Chermaine Owens-Shivers and for allegedly attacking her 16-year-old son. “Derrick Wade is young but he has quite a criminal history. We’ve dealt with him before. He’s very known to us. He’s a very violent person and although he’s dangerous and we’re glad to have him off the streets,” Captain Miller said. But police said Wade was not along when he stormed a home on Walker Road Wednesday night, getting away with a large amount of cash. “There was at least one other person. We can’t rule out more than that but there was at least one other and we developed a person of interest and now we’re in search of that person,” Captain Miller said. He said this means their work in this case is not finished. “This was an extremely heinous act, we’re very glad to have someone off the streets and we’re going to continue this investigation. By no means are we finished,” Captain Miller said. Captain Miller also said a judge will review Wade’s charges Saturday morning to decide if he is eligible for bond. Jackson police said Chermaine Owens, who was injured during the shooting, and her 16-year-old son who was also present will be able to testify against Wade in court.