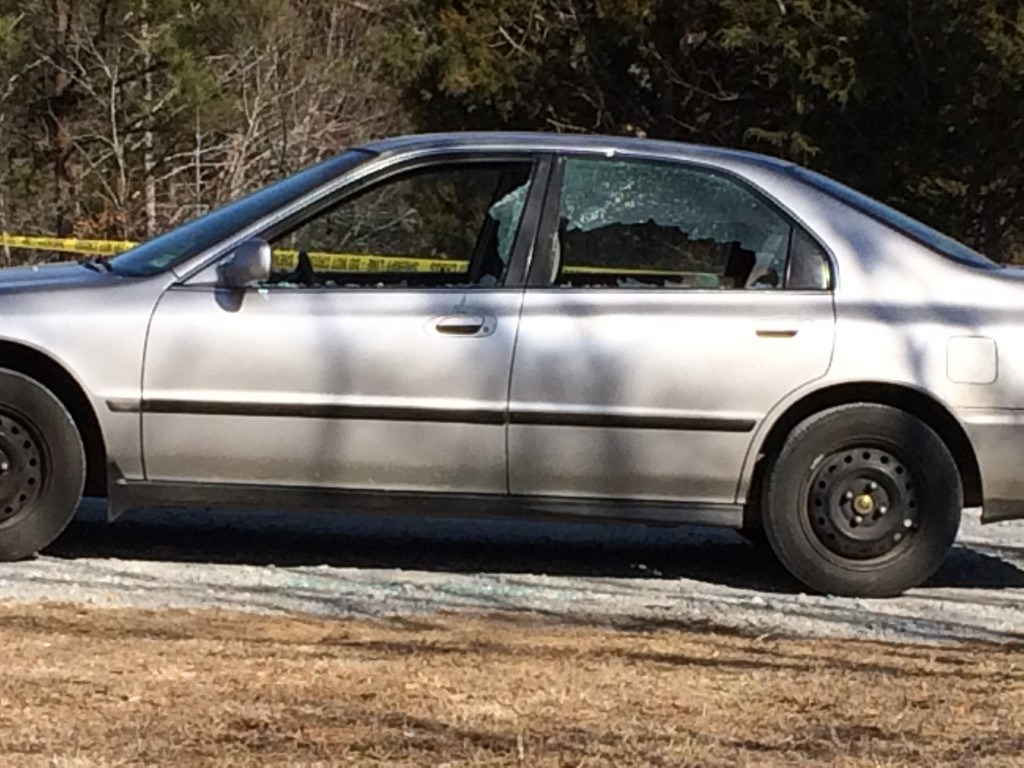 CHESTER COUNTY, Tenn. — A shooting in Chester County Wednesday afternoon has left one man critically injured, according to family members. “He’s not ok,” expressed Lialand Stewart, who said she is family and lives with the victim. “He got shot through the liver and through the spleen.” The shooting happened a little bit before 1 p.m. on Junior Arnold Loop and Vida Road, according to deputies. “I heard three gunshots, one after the other and ran outside,” said neighbor, Georgia Bell. “Saw everyone out here, and heard windows were shot out. It was just a bunch of chaos.” Bell said her mother-in-law lives at the home where the shooting happened, and two suspects knocked on the door before the shooting. According to Stewart, the victim pulled into the yard on a four wheeler when he was shot. “I guess when he seen him pull up on the four wheeler they shot him once standing up, and he went to his knees and shot him two more times,” said Stewart. Deputies tell WBBJ 7 Eyewitness News they have arrested two people in connection to the afternoon shooting at a nearby residence. Officials are not releasing the suspects identities, but did say they collected evidence at their home during a search Wednesday night. Right now, its unclear the reason behind the shooting, or if the suspects knew the victim. “I don’t know if they knew each other, or if they already had a conflict,” said Stewart. Family members told WBBJ 7 Eyewitness News Wednesday night, the victim was in surgery, and still in critical condition. Deputies told WBBJ 7 Eyewitness News the TBI is also helping in the investigation, and expect the pair arrested to be charged in the shooting sometime Thursday morning.