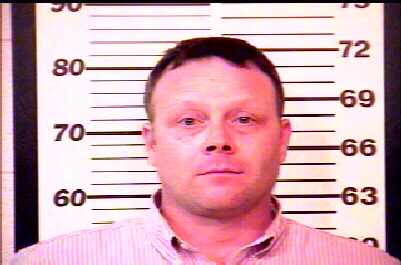 PARIS, Tenn. — A Facebook conversation lands 41-year-old Henry County Trustee, David Stone, in jail, according to the Tennessee Bureau of Investigation. Stone is accused of sending an intimidating message to fellow opponent Randi French on Jan. 19. “I don’t have nothing against him,” Robert Tharpe, a local resident said. “Everybody makes a mistake we all say things sometimes we regret later on you know.” The message, officials say, related to French attending a political event. Investigators say the message violated the victims civil rights. According to the TBI, Stone was arrested Friday night and formally charged with civil rights intimidation. “I think it would be very hard to be a public official but we need people in office that have morally sound and make good judgments,” Linda Reynolds, a local teacher, said. Henry County mayor Brent Greer was not available for an interview, but tells WBBJ he’s saddened by the events and circumstances, and until he got more information about what happened he had no further comment. But despite what may have transpired between French and Stone, some residents say he’s still an upstanding leader. “I’m a disabled Vietnam vet and when I was filing for tax relief he helped me a lot,” Tharpe said. Officials say Stone was released from the Henry county jail Friday night on $75,000 bond. His initial court appearance is set for Thursday.