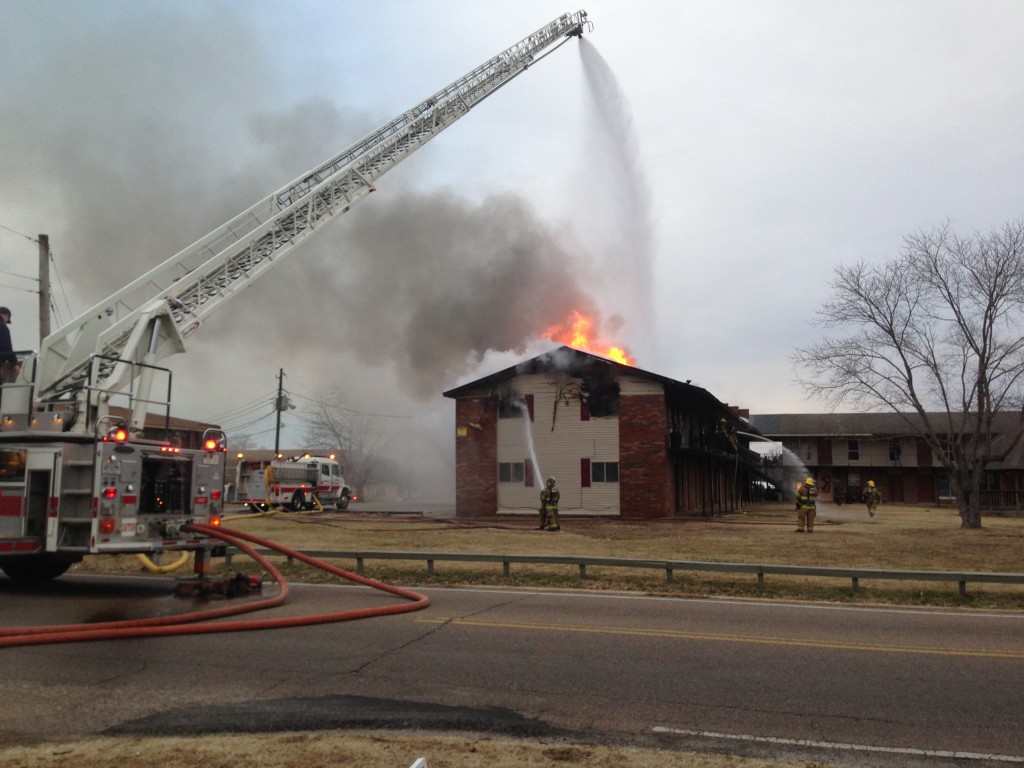 JACKSON, Tenn.–A fire at Guardian Courts Apartments sent two people to the hospital Tuesday morning. Investigators say the fire also forced five families out of their homes. The building on Hollywood Drive caught fire around 7:15 a.m. “I smelled smoke and I opened my front door and our building was on fire,” said Melba Coman, a fire victim. Coman lives in one of the damaged units. “Me and my daughter just grabbed some clothes and put on and ran out,” she said. Firefighters confirm ten apartments sustained damage, five of them were occupied. “The roof collapsed on the south end, so yeah we’re looking at extensive remodeling before anybody will be able to occupy that again,” said Battalion Chief Mark Ferguson, with the Jackson Fire Department. It took crews about an hour and 45 minutes to get the flames under control. Firefighters confirm two people went to the hospital, including a child. Investigators say the other victim went by medical helicopter to The MED in Memphis. “I feel sorry for the families,” said Edward Thomas, a neighbor. “I’m really praying for them because this is bad.” Despite the damage, some chose to see the good in the situation. “We got our health. We got our strength, so we just really have to just pick up and just keep on going,” said Coman. “We can get all that material stuff back.” The apartment complex says it plans to move people affected by the fire to other units. The cause of the fire remains under investigation.