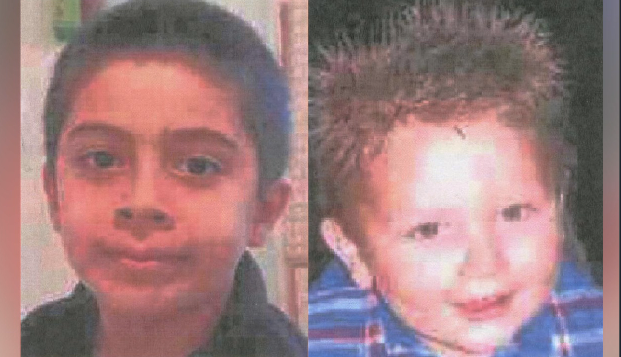 HENDERSON COUNTY, Tenn. — Two young boys disappear, Sunday, and their mother is the one suspected of taking them. Officials believe she took off with the boys on Friday, after picking them up from their foster family. Henderson County officials said Mary Alice Kern was headed west with her two sons, both of whom are currently in foster care. Investigators said although the boys are with their mother, they may not be safe. “We understand the mom has the children, of course we tried to reach out to the mother. We were unsuccessful,” Henderson County Sheriff Brian Duke said. According to deputies, Mary Alice Kern currently does not have custody of Adrian Nash, 8, and Gene Joles, 3, but she was allowed to visit them on some weekends. Mary Alice met the foster parent here at I-Mart in Parkers Crossroads and that is the last place anyone has seen them. After picking them up Friday, authorities said Kern was supposed to take the boys to her sister’s house in Madison County. They also said they believe she and her sons never made it to the sister’s house. Then Sunday, she did not bring them back to their foster family as planned. “The foster parent was unable to contact the mom and would not return any phone calls or texts,” Sheriff Duke said. Deputies said Kern lost custody after a history of drug abuse. “I think the mom had shown some good results or she wouldn’t be allowed to visit,” he said. Which is why authorities decided not to issue an Amber Alert. “It wasn’t a forcible kidnapping for one, we knew who the children were with, no extenuating circumstances or medical conditions, no threats of any kind of harm or anything like that,” Sheriff Duke said. Authorities said they believe Mary Alice fled the state when she picked up her kids on Friday. They also say they think when she picked up her kids on Friday, she was headed to Texas. “We’ve contacted authorities in Texas so they were working with us to contact the children,” Sheriff Duke said. Kern is believed to be driving a 90’s model, light blue Ford Escort with Texas tags. If you have seen Mary Alice Kern or know where she can be found, call your local law enforcement.