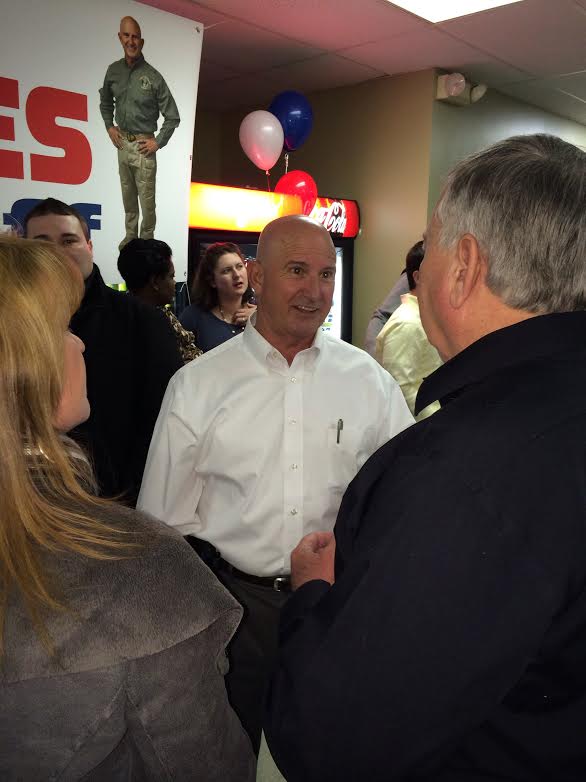 JACKSON, Tenn.- The man who lead the Jackson Police Department for decades officially threw his hat in the ring Tuesday night in the race for Madison County Sheriff. Rick Staples made his announcement before hundreds of supporters at Latham’s Meat Company in north Jackson, Tuesday night. He told the crowd he was moved by their support and said his years of experience makes him the right choice to lead the sheriff’s department. “People should have faith in the Madison County Sheriff”s Department,” Staples said. “There are many, many good, professional employees at the sheriff’s department.” Staples went on to say, “They just need leadership and direction and I intend to give that.” Staples campaign manager estimated more than 300 people came out for the event. Staples primary opponent, John Mehr told WBBJ 7 Eyewitness News his official campaign kick-off is in the works.