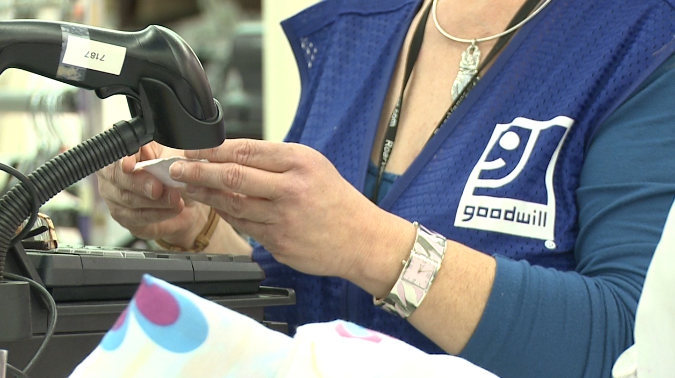 JACKSON, Tenn. – Thousands of Middle and West Tennesseans are now earning a paycheck thanks to Goodwill Career Solutions. The non-profit had a record breaking year in 2013, and found jobs for for more than 5,600 people. Goodwill said that is 3,100 more than in 2012. “A lot of these people wouldn’t have a chance without Goodwill,” said Jackson store manager Carissa Naquin. “For a lot of people we’re their only chance, for some we’re their last chance.” Roy Primm was one of those people hired in the record breaking year. Primm has a rare disorder that decreases the motion in his neck, and managers say he was unsure if he could ever work. “This is actually my first job, before I was just at the house doing nothing,” said Primm. “I can tell you 90 percent of these people we actually make a difference in their life,” said Naquin. Goodwill said they doubled their job fairs last year. According to store officials from January to June of 2013 they found work for 340 people a month. That number jumped to around 600 a month from July to August of 2013. It’s amazing to see the changes in a lot of people we employ,” expressed Naquin. Primm hopes to go back to school this year, and credits his new life to the non profit. “Just really appreciate them helping me, and them believing in me to do what I’m doing now,” said Primm. Naquin said she hopes the number of people they help find work doubles in 2014.