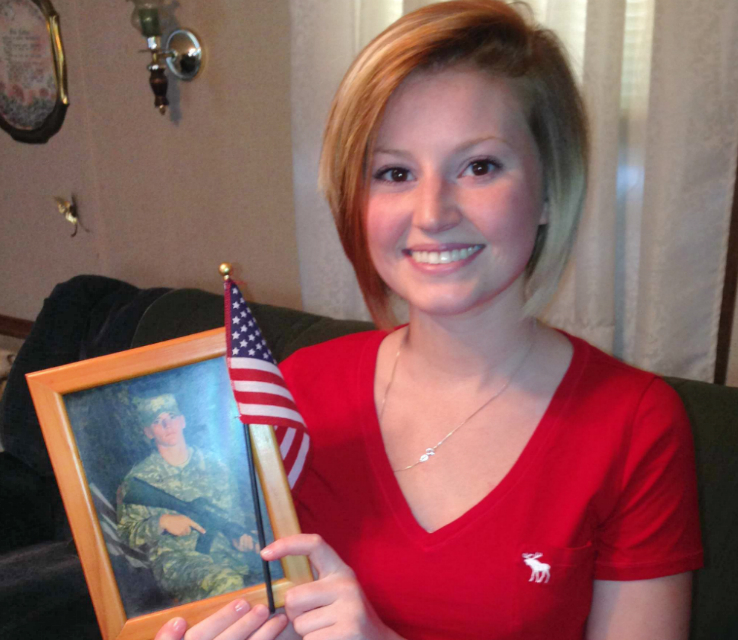 LEXINGTON, Tenn. — The 215st military police company out of Bolivar and Lexington will return home from war on Saturday. Brianna Dick says she can barely control her emotions because her brother Jeremy is one of the soldiers. “I was in TGI Fridays when he told me he was in America and I started hollering and yea I almost cried,” Brianna said. The Army National Guard soldiers were deployed to Afghanistan for a year and will finally make their stop at the Lexington armory this weekend. After not seeing her brother for several months, Brianna says anticipation is running high. “When he left we went and bought a yellow bow for a family member that was deployed,” Dick said. “We put it up and when he comes back tomorrow we will take it down.” But Brianna isn’t the only one waiting for the big arrival. Companies in the city like Lexington Glass and Aluminum have had workers out all day lining the armory driveway with American flags. Eddie Bray, the Henderson County service officer, says after the families are reunited at the armory, they’ll move on to the city courthouse for a celebration. “When I was in the military and was away from my loved ones for a year at a time…you’re just excited to be coming home,” Bray said. “A year is a long time.” City leaders say a police escort will lead the soldier’s convoy into town. The soldiers are expected to arrive between 6 and 7 Saturday night.