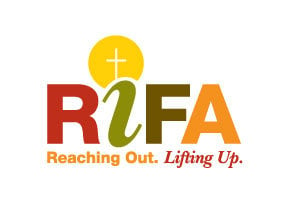 WEST JACKSON, Tenn. — With Sunday night being the biggest night in the NFL, many were anxious to see who would take home the Super Bowl title. But some West Tennesseans used the big game to help people in need. The First Christian Church pastor said the focus was still definitely the head-to-head between the Broncos and the Seahawks, but they also used Sunday night’s game for fellowship, food, and participating in RIFA’s “Souper Bowl.” “Really the Super Bowl is just a big event, an excuse for us to get together and have some fun,” Pastor Adam Steele said. Steele said this is the 12th annual chili cook-off at First Christian Church of Jackson, and it can get competitive. “I like the competition that goes on. Nobody is all for one. We’re all going against each other and its really fun,” Skylar Criswell said. The judges feel the pressure too. “It’s fun, yet demanding because you got a lot of people who are really proud of what they do,” Jody Crawford said. Although it is a chili cook off, they now have people bring their favorite family soup recipe, like one of this year’s favorites: the broccoli cheddar soup. There is only one Golden Ladle to be given out, to the best soup of the night. While they taste, and watch, they give back too, by helping out RIFA. “We’re collecting cans for their “souper” bowl project where they collect cans during the Super Bowl and then those cans go into their soup kitchen,” Pastor Steele said. “You have fun, you get to watch game, we’re like family, we’re really nice to each other, we like to hang out. There’s always good food,” Alexis Bingham said. RIFA’s “Souper” Bowl is a youth a youth-led movement to end nationwide poverty and hunger.