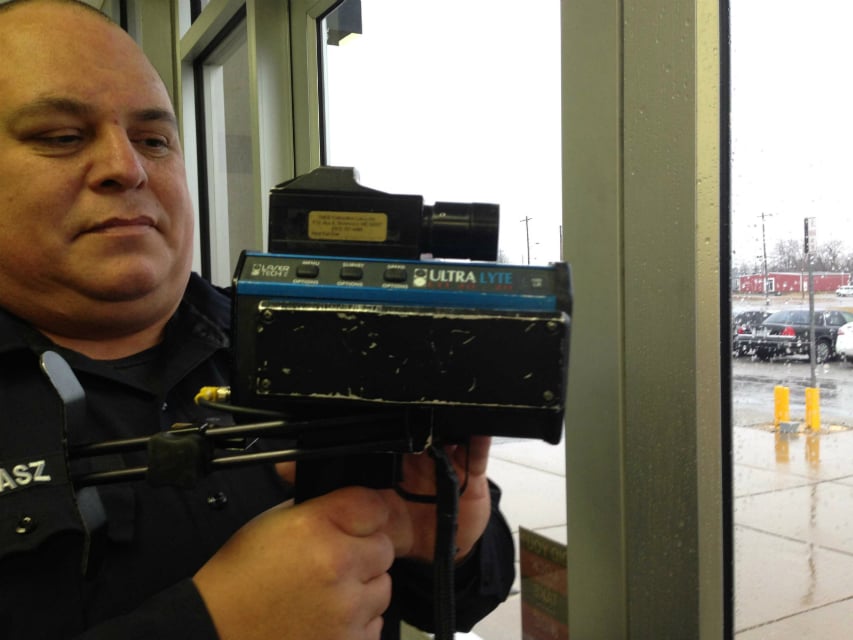 JACKSON, Tenn. — Jackson police introduced a new technology Tuesday that they believe will help catch speeders. “It’s not so much the fact that we want the money,” Jackson Police Chief Gill Kendrick said. “We want the people to slow down. We want to save lives.” The new tool is called Velocity Snap. It is a radar with a camera attached. The device allows officers to write a ticket without leaving the patrol car. “If the conditions don’t allow for the officer to safely make a stop, then they can click a button on the tablet and send a $50 civil ticket instead,” Lt. Ron Adams said, with the Jackson Police Department. In Jackson, a standard speeding ticket costs $54.50 plus $1 for each mile per hour over the speed limit. The civil ticket costs $50, does not take points off your license, and will not affect insurance rates. “Well, is it fair?” said Kendrick. “I guess I’d have to say no it’s not fair you know because there’s a differentiation there.” Officers say the vehicle‘s registered owner is responsible for the ticket. Drivers have the right to fight the fine. “Anything is contestable in court,” Adams said. “This is the United States of America. We’re all innocent until proven guilty.” Jackson police say four officers in the traffic division will use the technology. “You’re able to really specifically target a vehicle,” Kendrick said. WBBJ 7 Eyewitness News asked several Jacksonians if they the new technology was a good idea. Of course it looks a lot different than the small SUV known as “Robo Cop” to many in Jackson. It too had the ability to check a driver’s speed, snap a picture of a license plate and a ticket was sent in the mail. The SUV was taken off the streets in 2012. “But it’s all about revenue and I have a concern about that. I really believe that a police officer needs to stop you,” said Mike Cook, a Jackson Driver. “I think it would help. It will work. I mean, it’ll have a better impact on people driving and thinking that they’re getting away with speeding,” said Christina Blakeney, a Jackson Driver. The old “Robo Cop” was taken off the streets after the city’s contract ended. Officers will start sending the new type of tickets on Feb. 15. Jackson police say officers using the new technology can still pull over drivers and write them a regular ticket.