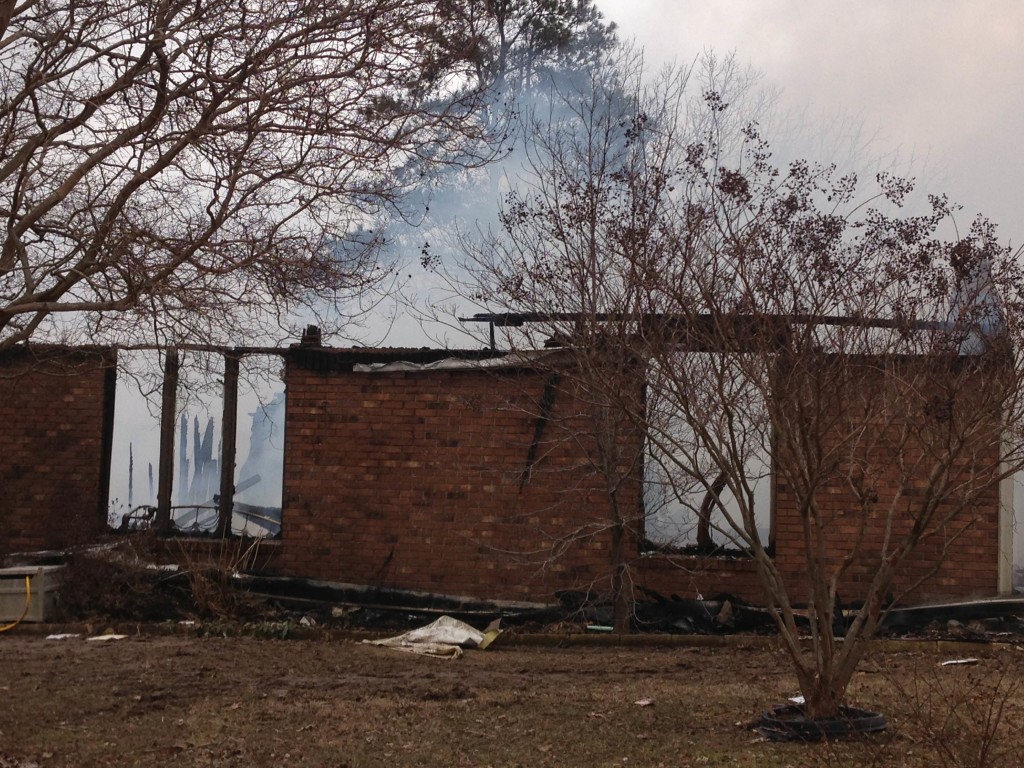 HAYWOOD COUNTY, Tenn- Smoke billowed from the house on Wednesday where a fire killed 81-year old Neal Bain and left his wife and son critically burned, the night before. “I saw a lot of dark smoke and my cousin and aunt were outside of the house,” Jack Walden, Jr., the victim’s nephew, said. Walden lives close by and said by the time he got the call about the fire it was too late. His uncle was already dead. Haywood County officials said they went to the house on Tibbs-Forked Deer Road around 4 p.m. Tuesday and battled the fire late into the night. Relatives said Bain, who was a well-known farmer in Haywood County, recently celebrated a birthday on Monday and at the time of the fire he was ill. “He was just a really good Christian man,” Walden said. “I know he’s in heaven because he believed in Jesus.” Relatives said the Bains may have lit an oil lamp because of a power outage. Walden said in spite of the tragedy he hopes others can learn from what happened to his family. “Check your fire alarms and try not to use all of the stuff that can cause fires,” Walden said. The cause of the fire is still under investigation.