One Man Injured in Dyersburg Shooting 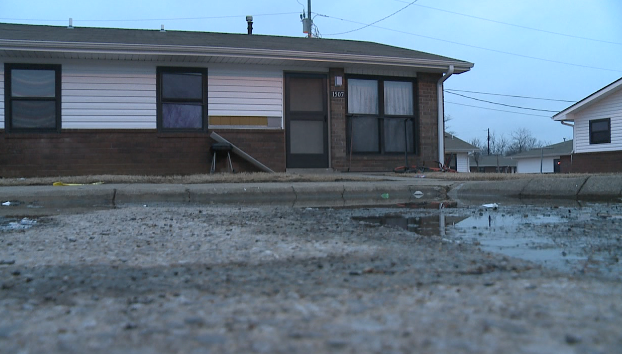 DYER COUNTY, Tenn. — Neighbors were on edge, Sunday, after witnessing a shooting in Dyersburg on Saturday. Although some residents say they were not shocked when they heard shots, one Dyersburg local said the shooting is still surprising. “Its spreading out throughout the town so now, this shooting here, it’s going on further north,” Don Carden said. Around 5:30 on Saturday, police responded to a call at an apartment on Maxey Drive. Officers said one victim was transported to Dyersburg Regional Medical Center, and has since been released. A neighbor said he had just walked into his house from work when he heard shots go off. He then grabbed his wife and son, and hoped no bullets would hit his home, or his loved ones. “A lot more shootings here lately that we have been having. But the police are doing the best they can to keep the activity down,” Carden said. Police said two people, Romel Harris, 23, and Carlos Johnson, 31, were arrested and charged with attempted murder. Carden said he think it is not just up to the police to combat crime in West Tennessee. “I feel like people could do a little bit more. But it takes everybody to pitch in to help out with this problem. They can’t do it on their own,” Carden added. He said he believes the key to decreasing crime starts with the economy. “I’m not an expert. We need more jobs for people and more things for the young generation to do,” Carden said. As of Sunday, police say the shooting is still under investigation. If you have any information in this shooting, call the Dyersburg police or Crime Stoppers.