Two Historic Schools Fight to be Added to National Register 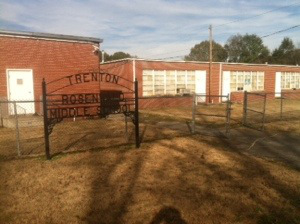 TRENTON, Tenn. — Local residents in Trenton said they’re fighting to put historic West Tennessee schools on the map after the buildings were shut down during the civil rights era. The Rosenwald High School class of 1959 said for more than a year, they’ve fought to have their schools put on the national register of historic places. The all black school, now know as the Trenton Resource Center, was closed when Gibson County schools integrated in 1968. Hollis Skinner, a 1959 graduate of Rosenwald, said he’s working with Middle Tennessee State University to start the application process. “First, I contacted people in Nashville, and they came down and looked at the school, ” Skinner said, “And they’re excited about it, and I am too.” Another school they want recognized is a one classroom building known as the Old Mount Zion Negro School. It was built in 1870 by freed African American slaves.