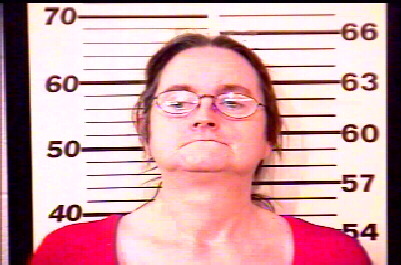 HENRY COUNTY, Tenn. — Paris police are investigating after EMS workers found an 87-year-old man with large bed sores, covered in his own feces inside of a home on Aden Street, last week. Police said emergency responders were called to the home to check on the victim who had stomach pains. When they arrived they noticed the man had large bed sores on his back. They said he had so much feces on his body that he was stuck to the couch that he was lying on. Emergency responders sated that the victim’s skin started to bleed when they removed him from the couch. “Nobody should have to go through that,” neighbor Jared Sager said. “I mean, that’s just horrible. I couldn’t imagine and then not being able to do anything…it’s just horrible,” Officers charged Connie F. Turner, 51, with gross negligence of an impaired adult. Investigators said Turner was the victim’s live-in girlfriend and caretaker. According to the police report, Turner told EMS workers that she did know about the victim’s bed sores. She said she planned on treating them with baking soda paste and vitamin E. Police said she also stated that the reason she did not call for help was because she had bad cell phone service. Neighbors who have lived on Aden Street for years told WBBJ 7 Eyewitness News they had no idea an elderly man was even living in the apartment building. “I wish I would have known what was going on in there,” neighbor Michael Potirala said. “We had no idea. If I had known something like that was going on yes, I would have stepped in.” Police said the victim was taken to an area hospital. Department of Human Service workers said removing the victim from the home ultimately saved his life. “I just want him to get better,” Sager said. “I’m praying for him. I really am.” At last report the victim was still recovering in the hospital, not in good shape. Officers are warning anyone who knows of a situation where an elderly person is being taken care of by loved one or caretaker, to be safe and periodically check on that patient’s conditions. Turner is being held in Lieu of a $20,000 bond. If you have any information that could help authorities in this case, call Paris Police at (731) 642-2424.