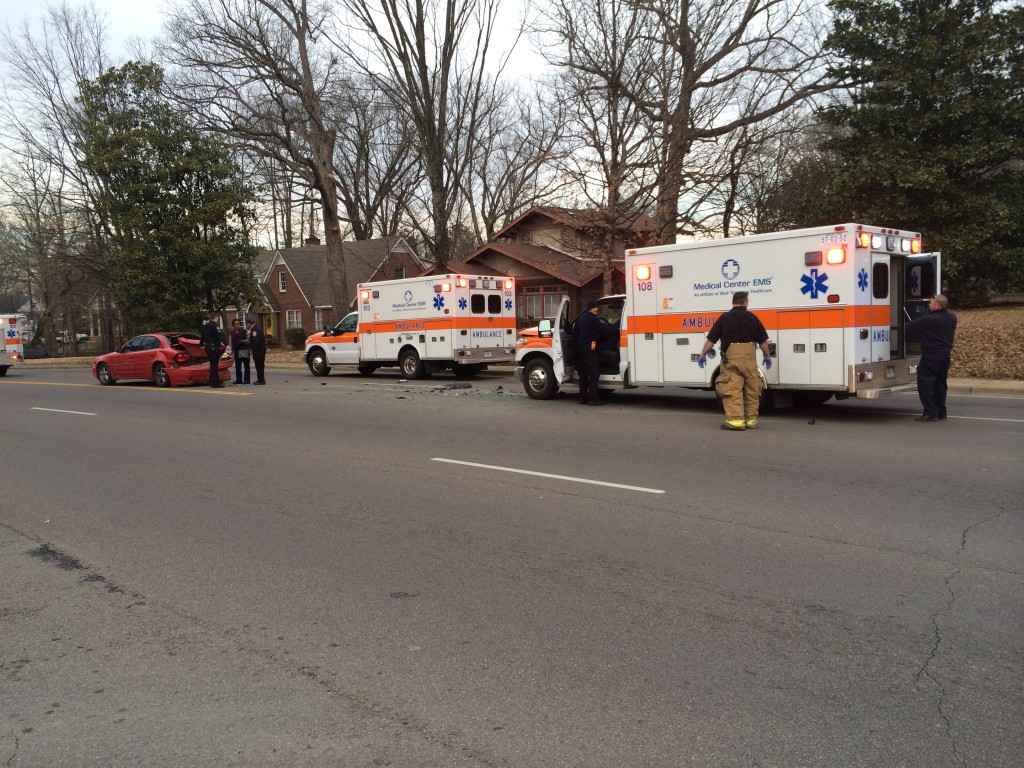 MIDTOWN JACKSON — All four people that were in the wreck involving an ambulance Tuesday afternoon are now recovering at home from minor injuries. According to the Jackson fire chief, only one of the two fire fighters in the back of the ambulance attending a patient suffered from an injury. His arm was hurt. Those firefighters along with the ambulance driver and the driver whose car was hit were treated and released from the hospital. According to the police report, no citations were issued.