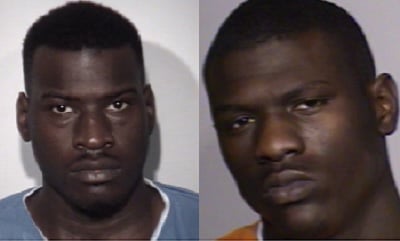 JACKSON, Tenn. — The pair of cousins accused of killing a 22-year-old student and his stepfather were in court, Thursday afternoon. Police said Johnny Wade, 19, and Derrick Wade, 22, both of Jackson, are responsible for the shooting deaths of Arkansas State University student athlete Markel Owens and stepfather Johnny Shivers. Each face five separate counts, including felony murder. During the hearing Thursday, the state called four witnesses, including Derrick Wade’s girlfriend who said she took the two cousins to a Memphis hospital the night of January 15. She said that she did not know how Derrick Wade was shot. The state also called Shivers’ 16-year-old son who said he witnessed one of the gunmen open fire on his father. He said he saw Johnny Wade’s face when he asked him to go get the money from a back bedroom. Jackson Investigator Isaiah Thompson also took the stand. He read aloud a statement made by Derrick Wade shortly after he was picked up by Memphis police. Statement: “I walked in with the husband and son another person walked in with me. I had my face covered so they didn’t see me. I went to the bedroom with the mother, she tried to grab the gun…. the gun went off. I think the bullet hit the son but I’m not sure,” read Thompson.” According to the statement, despite being shot Derrick said Owens rushed him. Derrick’s statement said that was when the gun went off again, and he noticed that he and Owens’ mother was hit. Statement : “The bullet hit me and stayed in me. My gun was jammed, I jumped up and limped away,” read Thompson. Derrick Wade’s attorney George Googe argued that his client was taking pain medicine when he made that statement to police. “Anytime anybody is on pain medication for a serious injury they’re not as likely to be fully aware of what they’re doing or even accurate,” George Googe said, Derrick Wade’s defense attorney. After hearing the the case, Judge Blake Anderson sent the case to the Madison County grand jury. Both men have been denied bond. Around 9:30 p.m. on January 15, police were called to a duplex at 770 Walker Road. Chermaine Owens was lying in the front yard with a gunshot wound. Owens and Shivers were found with gunshot wounds inside the apartment. Shivers was apparently dead at the scene. Markel Owens was transported to Jackson-Madison County General Hospital and pronounced dead.