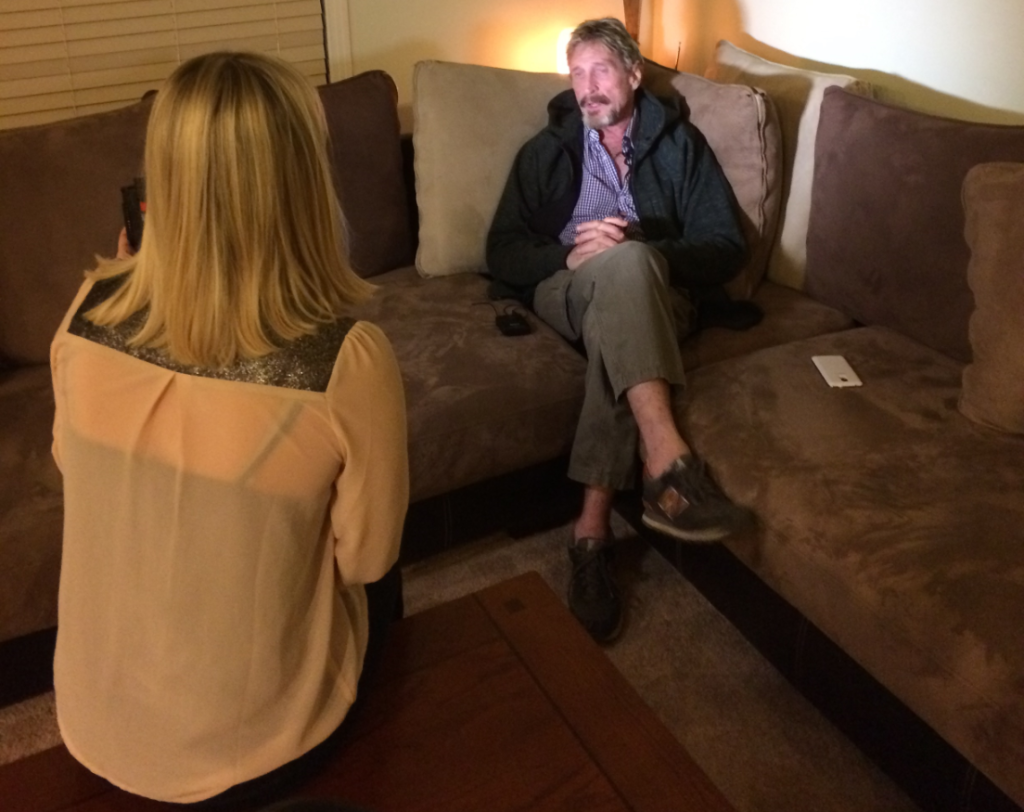 LEXINGTON, Tenn. — The software developer who has been on the run after being named a person of interest in a Belize murder case now lives in West Tennessee. Sources say according to Belizean police McAfee is no longer a person of interest in that case. John McAfee said he only feels comfortable armed, which is why he chose to be interviewed with a loaded gun in each hand. “Very little gives me a feeling of being safe and more secure other than being armed in my bedroom with the door locked,” McAfee said. McAfee said he outfitted his pickup truck with a heavy duty push guard and emergency lights. “In case I am trapped or blocked in somewhere on a remote highway they can be seen easily from the air,” he said. The developer, who created the McAfee anti-virus software, said he moved to Belize in 2010. In 2012, his neighbor was killed and he has been on the run since refusing to let Belizean police question him. “In Belize, you can stay in prison forever for questioning,” McAfee said. “I chose to run instead of be questioned.” McAfee maintains he was framed after he uncovered misconduct such as sex trafficking and money laundering by Belize government officials. “They want to remove me because I have every incriminating evidence of all the crimes that are performed,” he said. He has been back in the U.S. for about three years, he and his wife constantly looking over their shoulders. “They’re kind of foolish. They’re so obvious in their following,” he said. “You know, they will get right up behind me, and I will go and do a U-turn and they will do a U-turn. I’ll make a left, they’ll make a left.” Last week, Henderson mechanic David Hysmith tells me he found something suspicious on McAfee’s truck. “Found an electronic device attached near the gas tank during some routine service,” McAfee said. Hysmith said they turned the device over to the FBI. McAfee said he likes Lexington because it’s big enough to provide most conveniences but small enough that it feels like a community. However, he will not say how he chose to move to Lexington and said he does not plan on leaving. “It’ll have to end somewhere, and if it does, it will end here in Lexington,” he said. “I will not leave.” McAfee would not disclose where he lives and asked to meet at a friend’s house for the interview.