Snow brings smiles for some in Paris, Tennessee 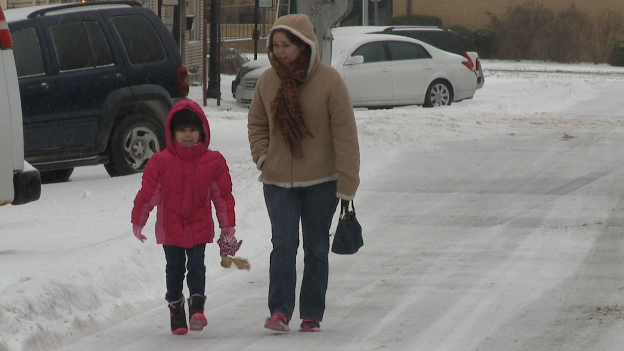 PARIS, Tenn. — Those in Northwest Tennessee did not just get ice, but a coating of snow as well. In Henry County, reports through the National Weather Service reported around five inches of snow fell Monday. Many in West Tennessee scraped ice and snow off their cars Monday if they did not have the luxury of staying home. “Back around the corner it’s pretty slick right now it’s pretty dangerous,” David Lambert said. Lambert was driving home from work Monday morning as others were out enjoying a snow day. “This is a lot of snow!” Robert Adams said. “I love the snow,” Jada Mattason said. “It’s about time we got some snow, but I really don’t like it but as long as the kids are having fun that’s the only thing that matters,” Joseph Ayers said. Paris residents said the sight of several inches of snow is quite unusual. “I have never seen this much snow in my life i have never seen tractors up here in my life,” Adams said. “Obviously it’s different we don’t see this very often,” Tommy Wimberley said. Paris Public Works Director Phillip Jessie said he and his crews started working on the roads at 12 Monday morning. “We’ve been salting mainly the main streets and plowing to the side,” Jessie said. Jessie said they will be working over the next few days to clear up the big snow banks from Monday’s winter storm. “It’ll take all week to get it in tip top shape for people to get around good.” In the meantime, “my plan is to go make a snowman,” Mattason said. Paris Public Works Department said it expects to spend about half of its $300,000 winter budget this week removing snow and treating the roads.