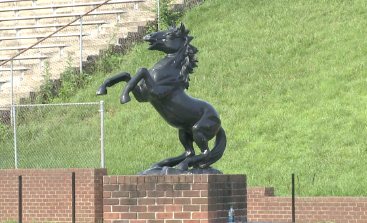 HUNTINGDON, Tenn. – The rest for Hutingdon’s football team ended bright and early on Monday. The Mustangs returned to Paul Ward Stadium for their first practice since the two-week dead period. Huntingdon transitions from the District 13-A to the Class 1A, Region 6. They will be paired against Bruceton, Clarksville Academy, Collinwood, Houston Co., McEwen, Perry Co. and Wayne Co. The Mustangs season doesn’t begin until August 28 at Camden. The team is off in week one.