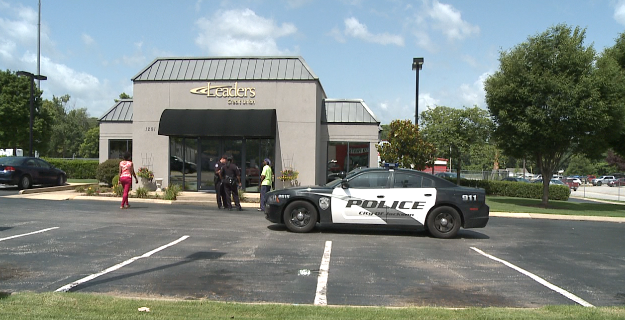 JACKSON, Tenn. — Investigators search for a pair of suspected con artists Friday after they say a Jackson woman lost more than $500 in an operation that’s commonly known as a “pigeon drop.” “The victim was conned into going to the bank and withdrawing some of her money, which was then mixed with the money that they had,” said Lt. Jeff Sheppard of the Jackson Police Department. “Then when they split ways, the money that she looked at in the bag turned out to be just shredded paper.” Officials at Leaders Credit Union said this is something they try and warn their customers about. “Regardless of where you bank, you have to be on your guard, not just where you’re conducting a financial transaction but at all times,” said Josh McAfee, vice president of marketing at Leaders Credit Union. Investigators are reviewing surveillance video but aren’t releasing it just yet. However, they said the victim described the couple as a black woman in her mid-30s and a black man between 30 and 40 years old. Authorities and bank officials both said it’s best to be extra careful about any dealing with exchanging money. “You need to be really careful when somebody approaches you and they start talking about dealing with money and not trusting banks — that’s a red flag,” Lt. Sheppard said. “If you are going to give money to a stranger, make it in a very public place where something like this would be very difficult to accomplish,” McAfee said. If you have information about this crime, call Jackson police at 731-425-8400 or Crime Stoppers at 731-424-TIPS (8477).