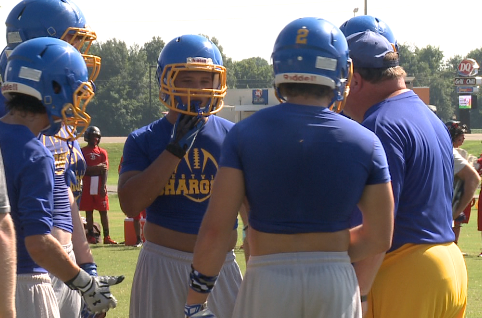 Westview head football coach Don Coady has seen it all when it comes to the West Tennessee gridiron. The leader of the Chargers enters into his 25th year on the Martin sidelines. “That remains to be seen. We haven’t played a game yet,” Coady said about the new region [Dyersburg, South Gibson, Milan, McNairy Central, South Side and JCM]. “We got a tough schedule as we usually do, but we’re looking forward to the challenge.” Coady has dealt with his fair share of challenges while at Westview. This year’s obstacle is getting his underclassmen to step up. “The kids have worked pretty hard in the off-season, but we have a pretty green team,” Coady said. “We want them to grow and mature into the position to do the things we usually expect out of our older kids.” The Chargers roster features nearly a dozen seniors. Westview has had nine winning seasons in the last decade. The Chargers play Dresden in Week 1 at the University of Tennessee at Martin.