South Side wants to end pattern of losing 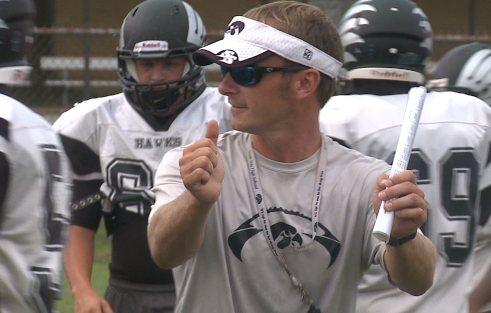 SOUTH JACKSON, Tenn. – The number of wins by South Side’s football program has declined since 2011. First year head coach Brian Moore is aware of the downward trend. He plans on reversing the recent pattern. “I shouldn’t say it, but this according to everyone around here is our 0-10 year,” Moore said. “We’ve been 5-4, 4-6, 3-7 and 1-9. We really want to disappoint as many people as possible and multiple wins is what I’m going for right now.” The Hawks lone win last season was against Fayette-Ware. Moore believes a reason for the losing records is South Side’s coaching carousel. He’s the third head coach in four years. “We have to have some consistency at the top and have it trickle down,” Moore said. “Make progress every day and every year.” Moore is no stranger to the Hawks’ sidelines. He’s spent a decade at South Side as an assistant. South Side plays Obion County in Week 1.