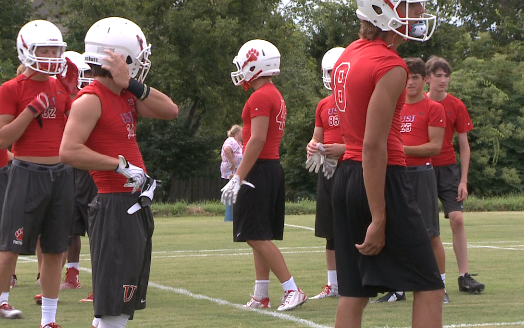 NORTHWEST JACKSON, Tenn. – Mickey Marley’s name is synonymous with the University School of Jackson football program. Marley has been the head coach for 27 years. It didn’t take long for him to point out the obvious change between those years. “The thing that’s different is I’m older,” Marley laughed. “That’s about it. Trying to get these kids ready to play.” This is the third week of camp for the Bruins. Marley says this week’s focus is getting the kids back into it mentally at this point. “We’re in half-pads now. Getting them acclimated to the heat,” Marley said. “Next week, we’re in full pads and ready to go.” The Bruins are in search of their eight straight playoff appearance. To keep that streak going, the attitude is treating practice like a game. “You have to practice to play and win. That’s it in a nut shell,” Marley said. “That’s the way we approach everything.” The Bruins season opener is on the road against First Assembly Christian School. The home debut is the following week against TCA.