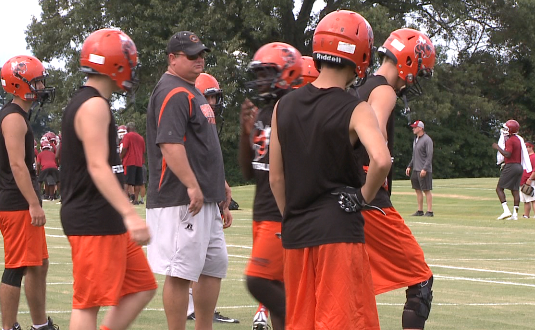 Playing with a small roster wasn’t always the issue for Greenfield’s football team. Just ask head coach Don Pitt. “I grew up in Greenfield and played in Greenfield. When I was in school everyone played every sport,” Pitt said. “We’ve gotten away from that.” Pitt wants the Yellowjackets to return to those days. His roster has 26 players. He’s hoping to add a few more before the season kicks off. “Depth is our number one concern. We have a real good group this year,” Pitt said. “Not as many as we’re used to. Few guys decided to go other ways. I expect to pick up four to five players that have not been able to get to practice during the summer.” Greenfield hasn’t been in the playoffs since 2003.