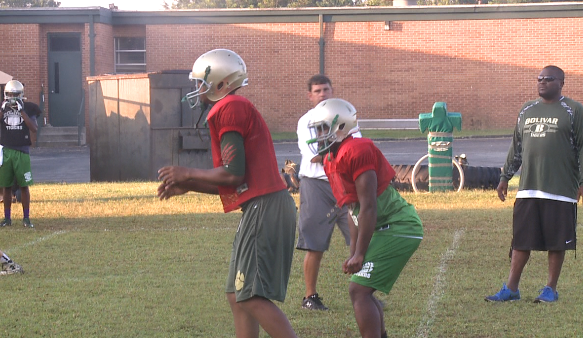 BOLIVAR, Tenn. – The numbers for participation are increasing for Woodrow Lowe Jr. in his second year at Bolivar. The influx comes after five seniors received football scholarships last season. Lowe says seeing your peers go to college helps. “We’ve had an increase. A lot of kids want to come out,” Lowe Jr. said. “It’s going to be tough. We got a lot of young kids that are ready to step up. I think they’re ready to accept the challenge.” The Tigers roster consists of 10 seniors. None of them will be starting on offense. “We want to teach fundamentals and technique. That’s our focal point,” Lowe Jr. said. “And get that first win.” Getting just one win is part of the Tigers’ taking it slow approach. Bolivar started off 0-6 last season. “When you have a well conditioned team, you can win some games early on in the season,” Lowe Jr. said. Bolivar is searching for their first winning season since 2011.