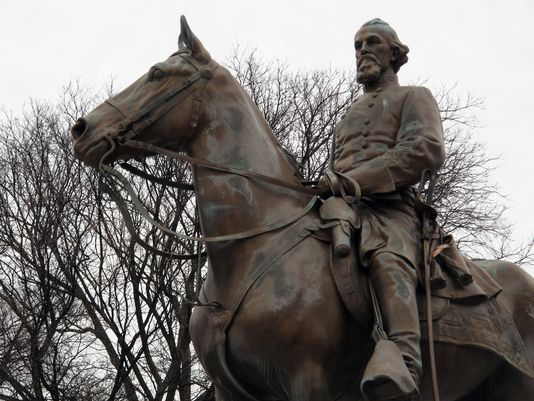 SAVANNAH, Tenn. — City leaders said they are trying to build up the community’s economics by bringing in a statue of a Civil War hero. But some who call Savannah home said the statue comes at too great of a cost — and they are not talking about money. At Thursday night’s City Council meeting, residents showed up concerned about the possibility of bringing the statue of Nathan Bedford Forrest from Memphis into the city of Savannah and the problems it could cause. “We want our city to be better than it was when we found it,” Mayor Bob Shutt said when talking to residents about the economic value the statue could bring into town. Shutt said he wants the city to prosper through tourist attractions like Pickwick Lake, Shiloh National Military Park and other Hardin County draws. The city has said it is interested in taking the Nathan Bedford Forrest statue, removed in Memphis, and using it as a tourist attraction. But some resident’s do not believe that is a good idea. “There’s nothing to say that we’re not going to get good and bad,” citizen Leroy White III said. “We need to take into consideration what this statue could bring into our little town.” As residents sat in on Thursday’s meeting, they wanted their voice to be heard. “I don’t want to offend anyone, and I don’t want to be offended,” resident Melody White said. “I feel like the statue promotes hatred and separatism, and I don’t believe in that.” Along with being a Confederate general, Forrest was a noted KKK leader and slave trader. Shutt said nothing is set in stone yet. “We’re not going to do anything that’s not economically feasible,” Shutt said. Residents also asked the mayor where the statue would be placed if brought into Savannah. Mayor Shutt said right now it is too early to be looking at options for the statue’s location. City leaders also said there is no timeline for bringing the statue into the city.