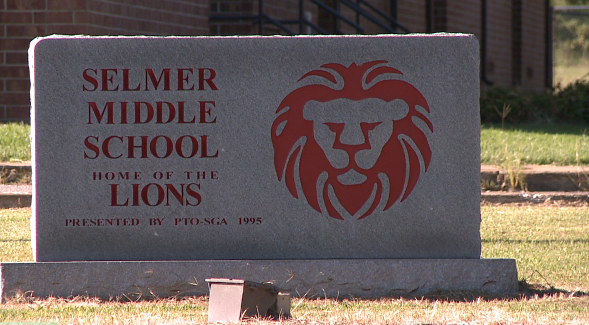 SELMER, Tenn. — A student is suspended from his school after his mother said a teacher accused him of sexual misbehavior. The mother says it happened before she was able to explain his medical condition. “It’s been a nightmare,” Laura Curd, the boy’s mother, said. “It’s been a horrible situation, and I hate for any parent to have to deal with this.” Curd said that nightmare began last week, when she said her 11-year-old’s reading teacher at Selmer Middle School accused him of touching himself. “He told me that he really didn’t know what they were talking about, and he didn’t understand,” Curd said. “I told him they said ‘Brandon, you’re being inappropriate’ and he said ‘I was just scratching.'” Curd said her son, who has a learning disability, suffers from a rare skin condition known as Darier’s, which causes irritating rashes all over the body. Curd said his son’s teachers made the accusation despite his records containing medical forms. “Whenever you start throwing that around, you need to have your ducks in a row and be 100 percent sure. You have to have it all together when you start throwing that word around,” Curd said. Curd said the teachers also talked to Brandon without her permission about the sexual act they thought he was performing. The 11-year-old initially received a three-day suspension, citing sexual misbehavior. But after Curd provided more medical documentation, she said the suspension was reduced to one day. “I was not satisfied with that because he was just scratching himself. At the most, maybe bad hygiene,” Curd said. Curd said she has had multiple conversations with school officials but nothing has been done to fix the situation. She said she also has offered a solution to the ordeal. “There’s just no trust there right now, and I am uncomfortable with him being in that class. So, I’ve asked them to simply change his reading teacher,” Curd said. McNairy County school officials confirm they are trying to address this issue but declined to be interviewed. Curd said the part that angers her the most is that her child was never protected. “Their exact words were, ‘we have to take the word of our teacher. That’s what we are here for.’ Well, who’s there for the students?” Curd said. Curd said she is refusing to send her child back to school until the school changes Brandon’s teacher.