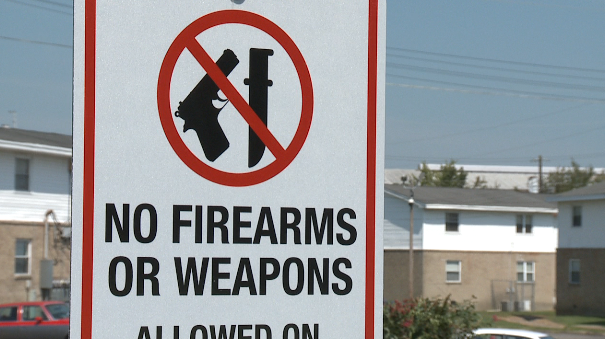 JACKSON, Tenn. — Violence erupts early Friday morning in east Jackson, sending bullets flying and one man to the hospital. As police work to put the people responsible behind bars, residents said these shootings are getting out of hand. The area around 33 Carver Avenue and Lincoln Courts is known as a high-crime area. But these complexes are still home to families and a lot of children who said they’re getting fed up. “I grew up out here,” resident Charles Corbitt said. “But now I’m ready to go because this isn’t good.” Dozens of children and families call the area around 33 Carver home. “I used to be one of these children running around here,” Corbitt said. “Now I’m 54 and I’m not a child anymore, and I don’t like what I see.” For Corbitt, who’s lived in Lincoln Courts his entire life, Friday’s shooting just down the street has him looking for change. “I can say it in one word — violence,” Corbitt said. “That’s all I’ve seen out here. It’s never anything good.” Jackson police say 911 calls started coming in around 1 a.m. and callers reported hearing shot after shot between the A and B buildings at 33 Carver. Then minutes later, a 17-year-old male showed up to a local emergency room shot in the stomach. “I’m sorry for the person that got shot. I don’t know them and I don’t know how it happened, but I’m sorry it happened,” resident Ermateen James said. “Especially over here, because there’s a lot of little kids over here.” Residents say patrol cars are seen throughout the day near 33 Carver, but even with that heightened law enforcement presence residents said these violent crimes still seem to happen. “I think something needs to be done about that,” Corbitt said. “I don’t know what it may be, but this can’t keep happening because no one will be here after a while.” As crime cameras watch down over children playing where bullets flew just hours before, Corbitt said he knows there are dangers lurking, but this is still home. “This is a violent side of the city. I grew up here — I know this,” Corbitt said. “Now I just watch my back everywhere I go.” Jackson police said their investigation into the shooting led them to seize a car, a gun and an unknown amount of drugs. Currently, no one is in custody. If you have information that might help police, call Crime Stoppers at 731-424-TIPS.