Man rescued from riverbank after falling from Jackson bridge 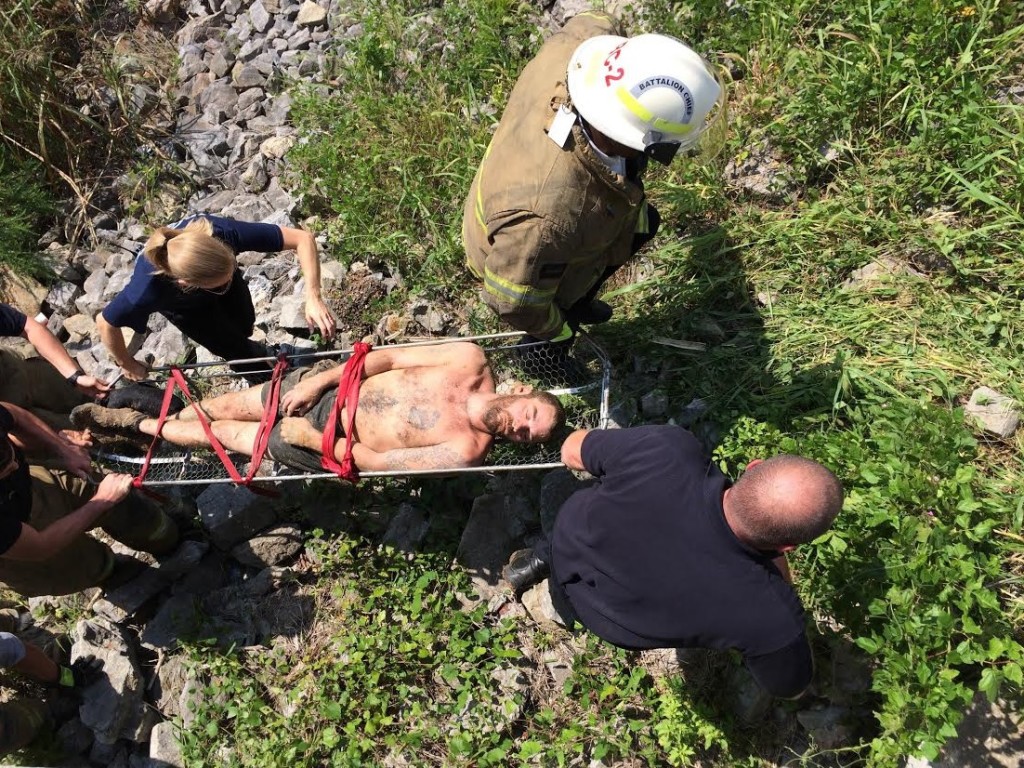 SOUTH JACKSON — A man is recovering after being rescued from a riverbank Friday afternoon in Jackson. Authorities believe the man fell off the Forked Deer River bridge around 1 p.m. on South Highland Avenue. They found the man roughly 150 yards away from the bridge on the riverbank. Rescue crews from the Jackson Police Department and the fire department then pulled him out through the woods. “There was a lot vines and stuff we had to get him up through, and he was pretty tangled up and muddy,” said Capt. Tim Pusser with the Jackson Fire Department. “It was wet, hills — it was just tough getting him out of there.” The fire marshal says the crews suspected the man was hypothermic when they found him. However, after pulling him back up on the road, they say the man was stable.