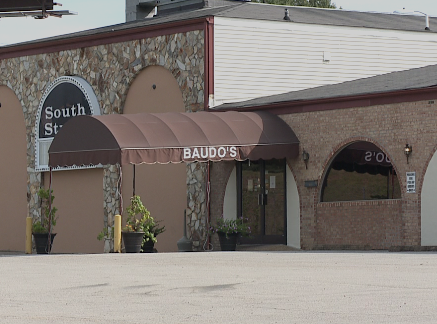 JACKSON, Tenn. — Two Jackson restaurants temporarily lose their liquor licenses, according to the Tennessee Alcoholic Beverage Commission. The TABC said Coyote Blues and Baudo‘s Restaurant each served alcohol to a minor twice within the past three years. “It was an isolated incident that unfortunately we‘re dealing with right now,” Coyote Blues general manager Barry Nabours said. The state said Coyote Blues and Baudo‘s both served beer to a minor working undercover in June. The TABC said both restaurants have previous infractions, Baudo‘s in 2014 and Coyote Blues in 2013. Patron Patsy Barnett said she is glad these kinds of checks are conducted. “So many young children are getting drunk now and out driving, and so I‘m glad they got caught if they‘re selling underage.” WBBJ 7 Eyewitness News spoke with a worker at Baudo‘s who did not want to talk on camera. The worker said it was a sting operation and said that is entrapment. The Jackson Beer Board, scheduled to meet this Friday, is expected to take up the issue. Chairman Charles Rahm said they could fine the restaurants or suspend or revoke their beer licenses. “Businesses got to understand that when the law is violated that with that there comes a punishment of some sort,” Rahm said. Nabours said at Coyote Blues they revisited the rules with employees. Customers must have an ID to drink. “It’s an unfortunate situation we put ourselves in,” Nabours said. “We respect the law, and we take full responsibility for it.” The state said both restaurants received a 10-day suspension. The state said Coyote Blues‘ suspension started Sunday, Aug. 30, and runs through Tuesday, Sept. 8. The TABC said Baudo‘s suspension starts Sunday, Sept. 6, and runs through Tuesday, Sept. 15.