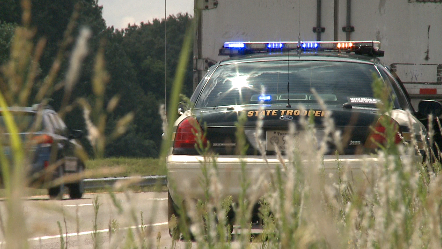 JACKSON, Tenn. — It’s one of the busiest weekends of the year for traveling. Highways across the country and here in West Tennessee felt the brunt of holiday traffic that draws the attention of more state troopers. “Minor crashes, money will fix it, but when people start getting injuries or we are talking death, money can’t fix that,” Lt. Brad Wilbanks said. Troopers with the Tennessee Highway Patrol are constantly on the road. It’s a job that requires them to be available seven days a week and 24 hours a day to keep the highways and those who travel on them safe. This Labor Day weekend, THP public information officer Lt. Brad Wilbanks said they’ve responded to 50 crashes since Friday in the West Tennessee area. THP said they also have arrested five people for drunken driving and issued more than three hundred citations. “It would be nice if I could go on camera and tell everyone to obey the law on holiday weekends and they would do it. We would all be home and be with our family, and unfortunately it doesn’t work that way,” Wilbanks said. Troopers said a lot of crashes are a result of multiple factors, which include driving impaired, excessive speeds and distracted driving. “You have to be on your toes all the time,” Wilbanks said. “If any of us knew the day and time and place of when we were going to have an accident, I bet they wouldn’t be there if they could.” For troopers, Labor Day also marks another step closer to a new year, which Wilbanks explains using a football analogy and the reason he says troopers issue tickets and other citations — hopefully to help increase safety on the roads. “I believe as of Friday morning, 611 people died on Tennessee highways,” Wilbanks said. “You can bet we are going to go all out at the end of the third quarter and the fourth quarter to keep everyone alive.”