Williamson first player to have jersey retired under Morris 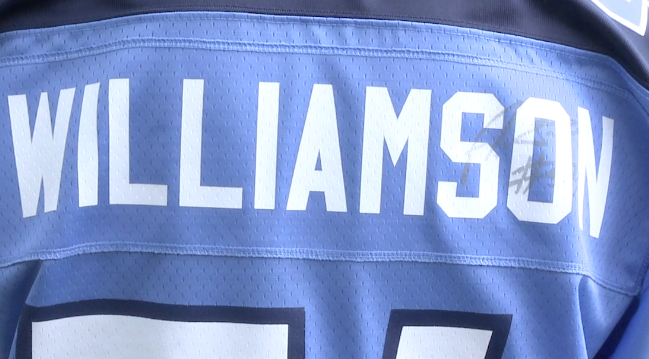 MILAN, Tenn. – Jeff Smith, John Fisher and Earnest Fields are part of an elite fraternity in Milan. The former high-school football standouts are the only Bulldogs to ever have their jersey retired. The trio will welcome Tennessee Titans linebacker Avery Williamson into their brotherhood on Friday. “You have to go back to the late 80’s. We haven’t done any since then,” head coach Jeff Morris said. “To me, it takes someone really special to do that. I think we have someone really special.” Williamson became the first Milan native to make an NFL roster last year as a rookie with the Titans. After surviving the final cut, Williamson received his first start in Week 4 last season. His total tackle numbers are a franchise record for a rookie. The second-year pro is also the first player under Morris to have their jersey retired. “He’s established himself as a player with the Tennessee Titans, and more importantly the kind of person he is off the field,” Morris said about Williamson. “The way he represents Milan since he left here, University of Kentucky and the Tennessee Titans — he’s not just a credit to the game of football. He’s a credit to the human race.” Williamson’s No. 19 jersey retirement ceremony will take place before Friday’s 7 p.m. region game against Dyersburg.