JACKSON, Tenn. — The Jackson City Council approved a multi-million dollar garbage contract Tuesday. The city decided not to go with the lowest bid, even though the other company promised millions of dollars in savings. 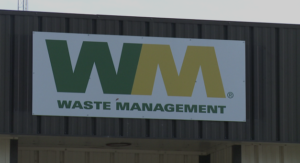 “A lot of times the lowest bid is not always the best bid,” Councilman Johnny Dodd said.

Jackson City Council members unanimously approved a five-year garbage contract with Waste Management on Tuesday, despite having a cheaper option. “They just have a proven record of service,” Jackson Mayor Jerry Gist said.

Red River Waste Solutions submitted a lower bid, promising to save the city about $3 million over five years. “It had some red flags, things they were doing in other cities,” Dodd said.

“There’s nothing any worse than having a city full of garbage and nobody to pick it up,” Gist said.

Councilman Dodd said they did a lot of research on Red River Waste Management before voting. “Back-door service is one thing they never did before,” Dodd said. “The size of trucks that they have was totally different.”

City leaders agreed Waste Management has experience. “We’re just excited to get it finalized so that we can continue our work here in Jackson that we’ve been doing for the last 30 years,” Waste Management Public Sector Representative Dawn Cole said.

Dodd said Waste Management does good work. “You don’t want to go with a company that’s not qualified or not able to do the work,” Dodd said.

When the contract expires in 2021, the city has the option to renew for five additional one-year terms.