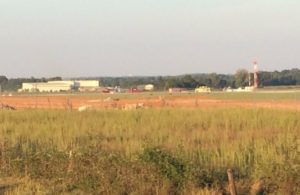 Officials say the pilot was the only person in the plane and that no one was injured in the crash.

The call about the crash went out around 4:30 p.m.

The aircraft involved was a privately-owned, twin-engine plane and that the crash was due to an engine malfunction, according to Tom Mapes, public information officer with the Madison County Sheriff’s Office.

Steve Smith, the executive director of the airport, confirms the airport’s weather tower was hit in the crash.

WBBJ Chief Meteorologist Tom Meiners says he sees a disruption in weather data from the airport.