HARDIN COUNTY, Tenn. — Hardin County officials say around 12:30 Saturday afternoon, they responded to a call at Saltillo Landing. They say, while loading his boat into the river, a man noticed something unusual in the water. 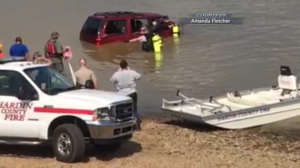 “…and when he put his boat in to move it, the gentleman’s t-shirt got caught in his propeller, and they got him out,” said Hardin County resident Bobby Newman.

“…and then they thought a vehicle was down there, so they brought the divers in and went down and got the vehicle, pulled it out, and found out that there was another body in there,” said witness Jimmy Rogers.

The THP says, the bodies of the driver of the submerged vehicle, 64 year old Ritchie Weaver, as well as the passenger, 63 year old Ronnie Steele, were removed from the river, and pronounced dead on the scene. Officials say, they believe the SUV drove down the boat ramp and into the water sometime overnight.

“He hadn’t been in there long,” Newman said. 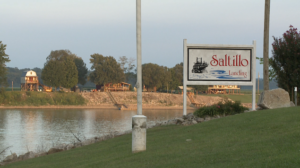 At 6:00 Saturday afternoon, the scene was clear off the Tennessee River in Saltillo, but Hardin County representatives say, that wasn’t the case just hours ago, and witnesses we spoke with say, they are devastated to see something like this happen in their small town.

“It’s just a really devastating time for the community, and I hope there’s some closure by tomorrow or by the end of the weekend,” said Hardin County resident Cole Powers. 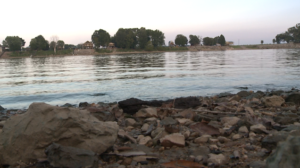 The THP says, they believe Weaver possibly was able to escape the vehicle and then drowned. They say the cause of death for each of these men will be determined by a medical examiner.

Hardin County officials say, they’re still trying to determine exactly why and how this happened, but they say, this isn’t the first time an incident like this has occurred.