JACKSON, Tenn. — Though they may happen suddenly, hit-and-runs come as no surprise to local law enforcement officers. 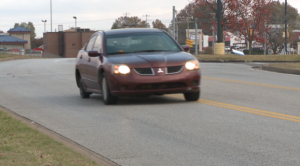 “It’s a frequent event, unfortunately” Lt. Brad Wilbanks with the Tennessee Highway Patrol said. “A lot of parking lots, those types of situations, truck stops and on the interstates and secondary highways.”

Jackson police have a unit dedicated just to investigating hit-and-runs.

“Hit-and-runs are handled just as much as any other traffic crash,” Capt. Ron Adams with the Jackson Police Department said. “A full investigation is done. We have five officers in the traffic unit that are assigned to do followups on the hit-and-runs.”

THP and JPD say they see more of these accidents happening around the holidays. But in other communities, it is a different story.

“During the warmer time, summer time, of course you’re going to have more traffic, of course we have the lake here, so we have a lot of people come in for the lake area,” Lt. Lance Perry with the Henry County Sheriff’s Office said. “So the number of vehicles on the roadway has a factor in it.”

Law enforcement say people leave the scene for many reasons.

“You know sometimes, especially the parking lot crashes, it may be someone that doesn’t realize they’re backed into you,” Lt. Wilbanks said.

“A lot of times we have people that don’t have a valid license. That’s typically going to be one of the issues,” Lt. Perry said.

But what should you do if you’re ever a part of a hit-and-run?

“Everyone’s first response is to get their phone out and take pictures of the damage of their car,” Capt. Adams said. “You’re at that point assuming the people will stay on the scene. Perhaps they’re not.”

Officials say to pull over out of the way of traffic and then try to get as much detail about the other car as possible.

Technology can also help out if someone does leave the scene.

We all know that police have dash cams, but what if you had one of your own? 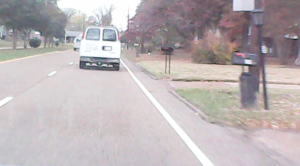 It’s as simple as shopping on Amazon. They range from $15 to $200. They then just suction cup to your windshield. All you have to do is plug it into your car, and as you start driving it starts recording to keep you safe in case you are a part of a hit-and-run.

And it is not just people in their cars using them.

“The most that we see use them are truck drivers,” Lt. Wilbanks said. “There’s several times where it’s definitely saved the truck driver. The person that was struck or hit said one thing and the evidence showed quite differently.”

Law enforcement officers want you to remember that the No. 1 priority in any traffic accident is your safety.