CARROLL COUNTY, Tenn. — West Carroll High School students chanted for their country as they walked out of school Wednesday for the nationwide “Stand for the Second” walkout in support of the second amendment. 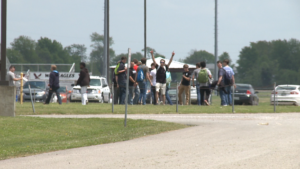 “There are people protesting to take it away, and if they do take it away, robbers can just come up in our house, and we don’t have a way to protect ourselves,” said Ethan Depriest, a freshman at West Carroll High School.

Local students say the walkout Wednesday sparked controversy with students who participated in a similar demonstration this past March, that one in support of stricter gun control laws.

“Some of the students went on that other walkout. They were trying to help get rid of weapons. They don’t like weapons, so they were trying to fight us not to go out there,” Depriest said. “But we didn’t listen.”

Sources say this “Stand for the Second” walkout was organized by a high school senior in New Mexico in order to give pro-gun students a voice.

Around 50 high school students walked out for 16 minutes. They say they do support gun control laws, but mainly the ones that were originally in place. 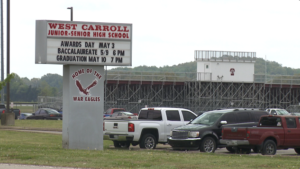 “You don’t want anyone out there just getting a firearm and using it for their own purpose, but for the people who actually use the firearm in a legal way, they should be able to own it, be able to go out on the weekends and shoot with their families,” said Wyatt Butler, a senior at West Carroll High School.

They say if anything should be changed, it’s stricter background checks and improved school safety.

The principal and director of schools declined to comment on the walkout. WBBJ 7 Eyewitness News was not allowed on campus during the demonstration. Sources say students from 300 schools in more than 40 states participated.