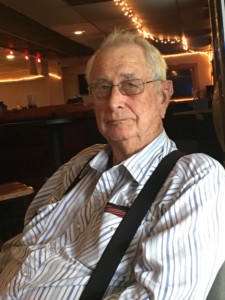 A Gathering of Family Members and Friends of Mr. Tapp will be from 5 to 7 P.M. Thursday, May 2, 2019 at the Peebles Main Funeral Chapel in Somerville.

Bobby was born January 18, 1931 in Mason, Tennessee, the son of the late Joseph Nimrod Tapp and Zera Holt Tapp. He was a graduate of Fayette County High School Class of 1949 and a lifelong resident of the Mason area. He was married September 18, 1954 to the former Magadaline Walker, who survives, and was a member of Oak Grove United Methodist Church. He was a very creative and innovative person throughout his life and one of his creations that he enjoyed operating was combining a road grater and dirt pan to build roads and terraces on farmland, which was featured in Farm Show magazine. He loved socializing with his family and friends and playing cards

Bobby was a second-generation farmer and father to the third-generation. He was a partner at Drexel’s Restaurant and the owner of Farm T Market and Allied Parts and Supplies, all in Somerville. He was a Founding Father of Fayette Academy and continued serving as a Board Member until 1979. Bobby was a member of the Somerville Country Club and Moose Lodge. A bridge between Somerville and Mason was dedicated to him on April 23, 2017.