NEW YORK (AP) — President Donald Trump has joined the military in observing a moment of silence at the Pentagon for the 18th anniversary of 9/11. 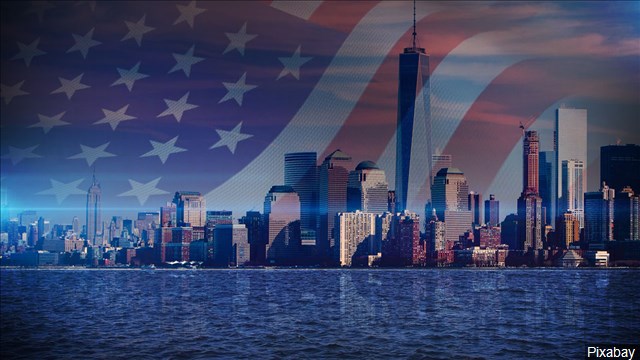 The moment of silence is traditionally observed at 9:37 a.m. — the exact time when a plane crashed into the Defense Department’s headquarters on Sept. 11, 2001, killing 184 people. But this year’s ceremony ran late, and the anniversary was observed at 9:47 a.m.

The commander in chief told families that “this is your anniversary of personal and permanent loss” and he said that their “loved ones will never ever be forgotten.”

When he arrived at the Pentagon, he was greeted by Defense Secretary Mark Esper. The president placed a wreath of red, white and blue flowers at the memorial site.

Vice President Mike Pence is crediting the crew and passengers who fought back against hijackers on 9/11 with protecting the U.S.

Pence spoke at the commemoration Wednesday of the hijacked Flight 93, which crashed in a Pennsylvania field, killing 40 passengers and crew.

The Flight 93 National Memorial marks the site near Shanksville where the plane went down at 10:03 a.m., after passengers fought back. Officials concluded the attackers had aimed the Boeing 757 toward Washington, D.C.

Pence says the memory of those killed in the crash is “carved into the hearts and memories of the American people.”

The terrorists also flew two planes into the World Trade Center skyscrapers in New York and a fourth into the Pentagon in Arlington, Virginia.